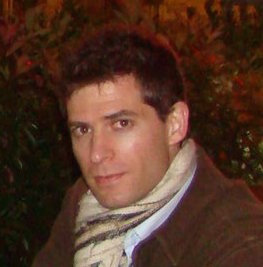 In a muon-spin relaxation experiment (μ+SR) spin-polarized positive muons are implanted in a sample to probe its local static and dynamic magnetic properties. μ+SR is a sensitive probe of magnetism, but one of its limitations is not knowing the site of implantation of the muon, which prevents the use μ+SR for measuring magnetic moments, for comparing different magnetic structures and for analysing the structures of some organic compounds.

For instance, when a muon is implanted into an organic compound such as benzene, the muon capture an electron and form muonium, which behaves chemically just like Hydrogen and reacts with centers of unsaturation, forming a muoniated radical. As a result of the reaction, a double bond is broken and a single bond is formed between the muon and an C atom. One electron is left unpaired and is usually distributed throughout the molecule, interacting with the muon and other protons in the system via the hyperfine coupling interaction, which can be measured using the hyperfine coupling constants (hfcc). This value of the hfcc of muonium in a molecule can, in turn, be used to identify the location site of the muon and determine the structure of the muonated radical. The hfcc can be measured, for instance, in an Avioded Level Crossing experiment, and also calculated using computer simulations. In this talk I presented examples of the use of combined experimental and theoretical methods to study the structure of organic compounds.

In this work, I used the paramagnetic states formed by muons in crystaline silicon as an example and applied a combination of computational methods to estimate the muon stopping site. We use Ab Initio Random Structure Searching (AIRSS) to predict the muon stopping sites in Silicon. AIRSS is used to find the number of minima in the potential energy surface of a system. What you can do with this methodology is to find metastable minima as well as, potentially, the global minimum.